Looking for some 2010 fashion trend inspo? We have got you covered. 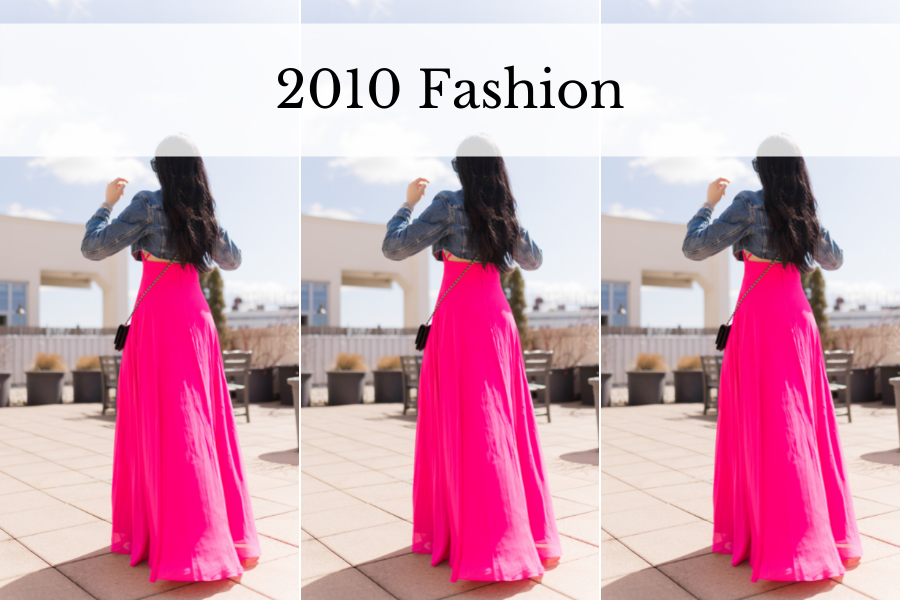 The 2010’s era-style is popping up everywhere now. From ’90s nostalgia to peplum tops, we are seeing bits and pieces of the millennial-era style in stores. We have rounded up the best of the best trends so that you can create 2010-inspired looks of your own!

The 7 Most Iconic 2010 Fashion Trends

The entire 2010’s style can be defined by a single color – pink. Overall, millennial pink (defined due to the 2010’s cultural shifts) was in just about every corner of 2010’s fashion. Rihanna wore a pink Edward Saxton suit to the 2015 Grammys. The Met Gala swapped out its iconic red carpet for a pink one in 2019. Millennial pink not only stamped itself as one of the ultimate fashion trends from the 2010s. It also inspired home décor, business branding, and even marketing throughout the decade.

PS: With the rise of Gen-Z, the new culture color has converted to “Gen-Z Green.” 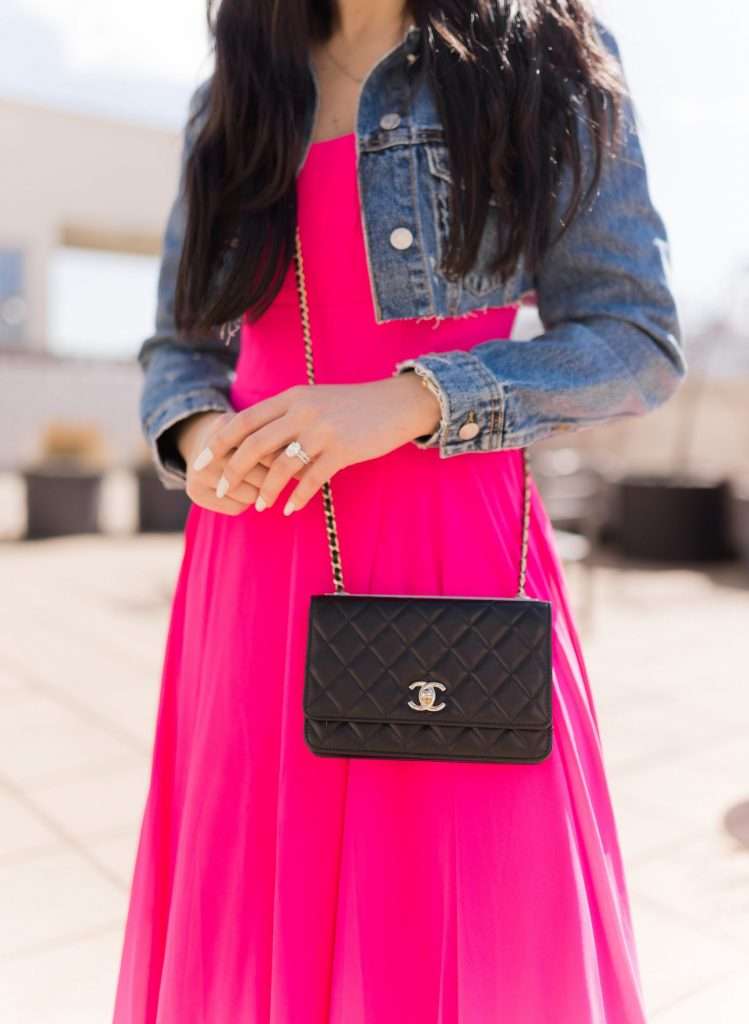 Relacing the well-famed flair jeans of the 90s, skinny jeans (and jeggings) were very popular throughout the 2010s fashion era. The skinny jean was amplified even more by adding colors ranging from snowy whites to blood reds (and yes, millennial pink), making wearing the rainbow the norm during this decade.

The 2010s were designed by hipster fashion and swag-inspired outfits, something that the color inventory of skinny jeans fit perfectly into. Who do we get to thank for the skinny jeans trend that stamped the 2010s? That would be Sir Michael Rocks and Chuck Inglish of The Cool Kids.

From scrunchies, headbands, slip dresses, ripped jeans, and chokers to tiny sunglasses. 2010’s style features a keen resemblance to the 90s era. Much of the fashion trends from the 2010s were influenced by the 1990s more than any other period in time. Throughout the 2010s, celebrities and catwalk models were laced with nostalgic 90s fashion and vintage pieces that helped define the 2010s. But with most fashion trends operating on a ‘nostalgia pendulum,’ 90s inspirations intertwining within the 2010s was actually more of an expected one.

It may be hard to imagine fashion without peplum tops being an acceptable go-to staple item. In the beginning, peplum emerged as just another 2010’s fashion trend but quickly became one that significantly shaped fashion long term. The first notable appearance came from Phoebe Philo (Céline’s former creative director) during the Paris Fashion Week in 2011.  Peplum tops spiraled in the fashion landscape – even being worn by Kate Middleton and Megan Markle. This permanently made peplum tops part of the formal royal wardrobe.

Despite piggybacking the 90s, 2010s fashion did have its own unique imprints, and that includes the birth of sports luxe and athleisure. It was a strong decade for sports fashion ranging from cycling shorts, sports bras, workout leggings, and other high-ticked sportswear. Part of this surge stemmed from the health and wellness spark. The other for the desire for comfort while staying styling. This demand sent long-term designers like Chanel and Alexander Wang to transform the sports sector into a fashionable one that is still going strong to this day.

If you lived through the 2010s fashion time, then you likely know all too well that deconstructed denim was indeed a thing. Between the prevalence of skinny jeans and the conceding uprise of ‘the mom’ jeans, constructed tears were a signature of the 2010s amongst both styles. This was especially true for those under the-bum rips that took hold of the 2010s street fashion.

The ripped jeans time isn’t nearly as widespread as it is today, and some say that deconstructed denim was merely just a publicity stunt. But for most fashionistas, ripped jeans were the ultimate spotlight on upcycled jeans that influenced the 2010s in the most unexpected ways.

Undoubtedly the 2010s were a time when risqué was on the rise, and those who broke the internet the best were the ones who showed the most skin. Because of that, it was certainly not uncommon for celebrities like Beyonce, Kim Kardashian, and J-Lo to all have their moments on the red carpet wearing their flesh-toned frocks. Basically, the fashion trends from the 2010s were nothing shy of transparent (even the shoes became see-through!). In particular, all the 2010 designers were experimenting with daringly cut gowns and beaded cover-ups to attain those wow-factor reactions – something they most certainly mastered as the term risqué became the new synonym for stylish.